In further articles coming shortly I will be discussing other potential concussion prevention techniques, some that we have discussed briefly on this blog before. Today I want to say a few words about neck strength, size and power and how it relates to the incidence of concussion. My opinions are just that, opinions, but they are based on personal observation(anecdotal admittedly) while treating hundreds of concussions annually as well as the literature out there currently. The literature is clear that the weaker, smaller necks predispose to increase concussions.

Concussions are caused by the rapid jolting of the brain inside our skulls, from linear, angular and rotational forces. While certains helmets graded by Virgina Tech(whose conclusions I largely support) can and do ameliorate some of the linear forces in football, they are not the answer alone(reference upcoming blog).

So then why is it that, depending on the study, ladies have almost twice the rate of concussion in soccer than men? It is certainly not helmets, which are uncommon in both male and female soccer. Is it the size of the shoulders? More agility in men that protects them? From what I have seen it is neck strength and even size during headers and ‘incidental’ elbows to the head, etc.

This last year at FMHS we had a remarkable turn of events in football. Our trainers instituted neck strengthening exercises and we had zero Varsity level concussions for the year as opposed to a dozen or more from years back. The number of 7-9th grade concussions remained the same. This could be from a variety of factors though and certainly not from neck strengthening alone–by using a high rated Virgina Tech Helmet in older players (to be discussed again later, see prior discussions), increased susceptibility of younger athletes, better coaching techniques!, rule changes to the game of football and more. I’ll lay the majority of the blame on the increased susceptibility at that age to concussion. But I feel our neck strengthening program had to play a part in reducing our varsity level football concussions.

I would reccomend working with a physical therapist that we use locally in the Flower Mound and DFW locale because of their expertise in concussion prevention through neck strengthening, Tony Michels and his group. Or depend on your local Certified Athletic Trainer from your school (all excellent in L.I.S.D.!!!) if you are serious about concussion prevention.

Here are a few exercises that can be done at home with no or minimal equipment: 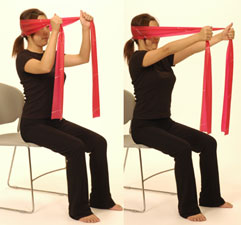 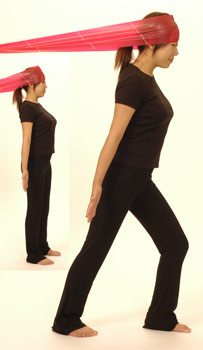 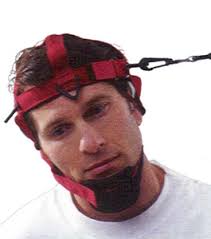 Dr. John Gomez was born in Venezuela but spent most of his childhood in Texas, his father a Spaniard and mother American. After working a few years as a full time emergency physician in a few hospitals, Dr. Gomez noted and came to dislike the inefficiencies and near total lack of personalization required to practice the best medicine. He developed a perspective that medical care, even when an emergency, should be patient centered and streamlined and it was with this vision that he began Rapid-Med. Dr. Gomez maintains a special interest in ultrasound and sports medicine with emphasis on concussion management. He currently serves on the L.I.S.D. Concussion Oversight Team (COT) as physician advisor and enjoys his close relationship with the local athletic trainers and Flower Mound High School.